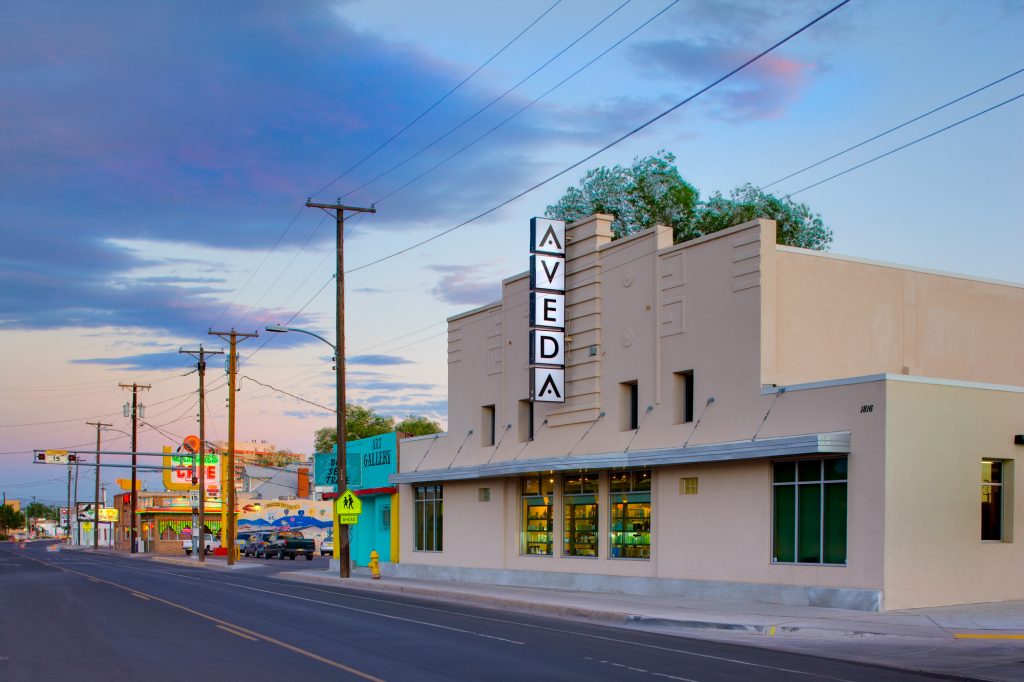 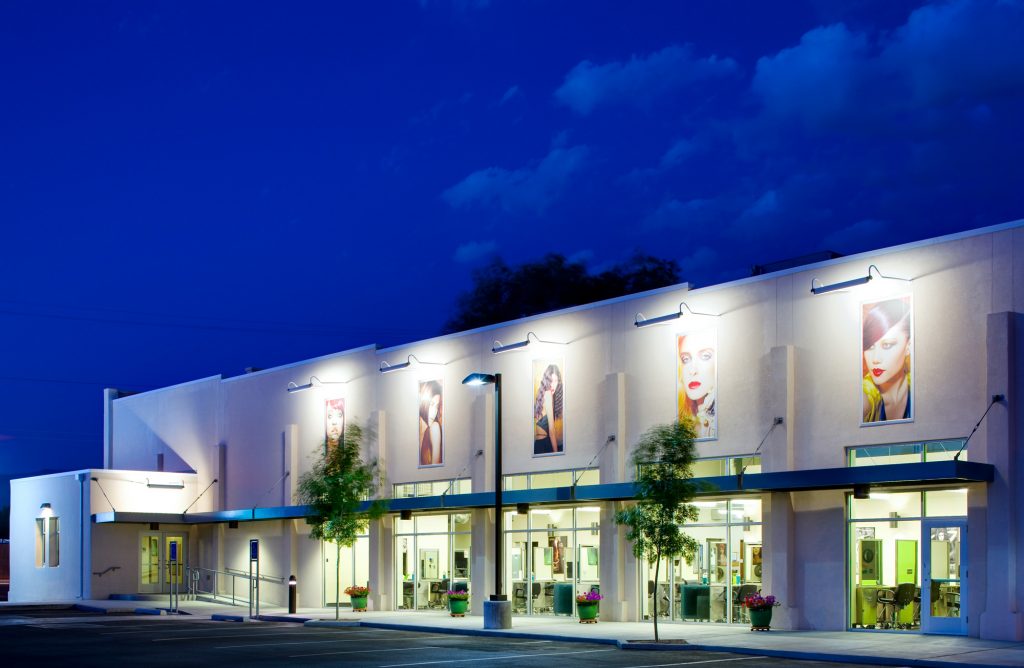 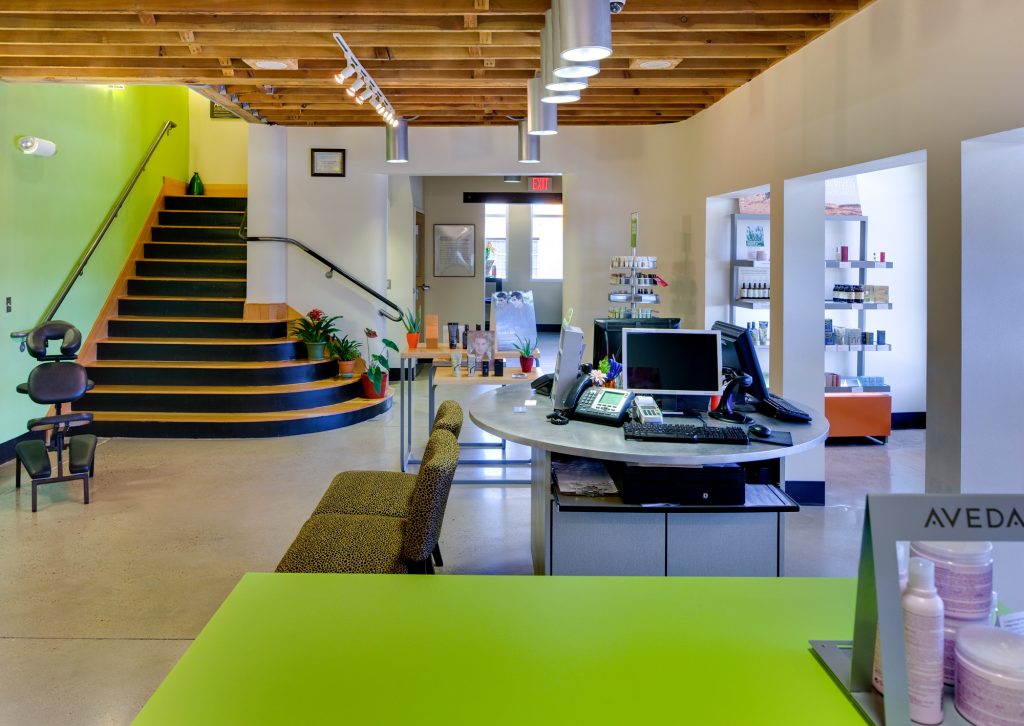 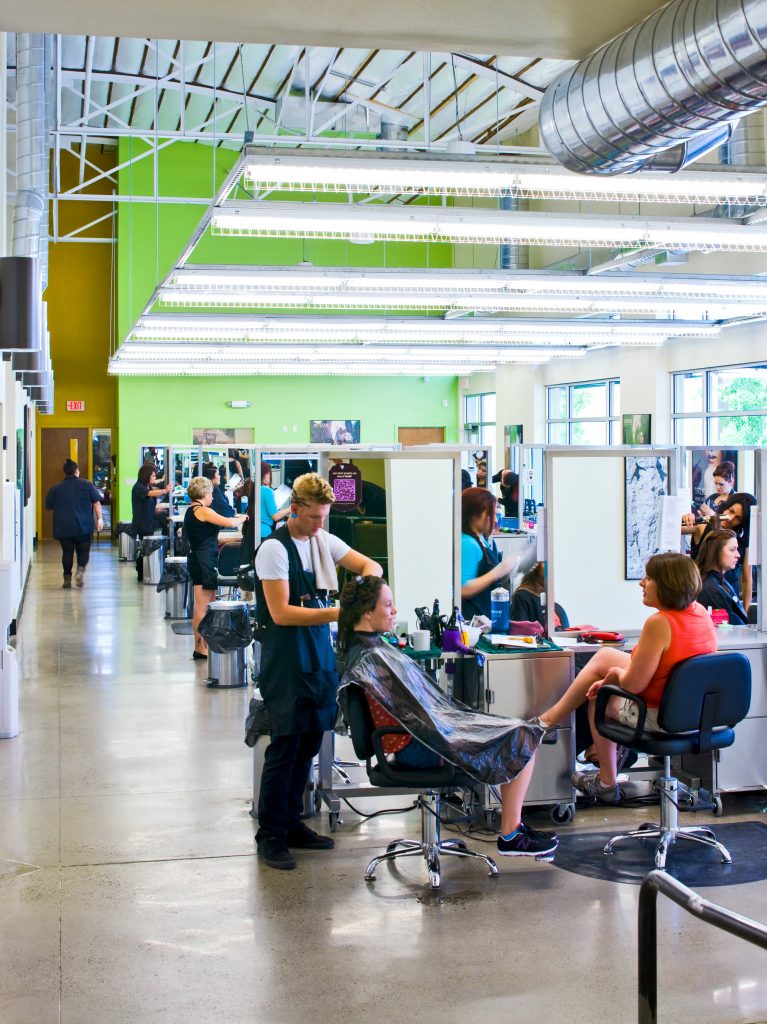 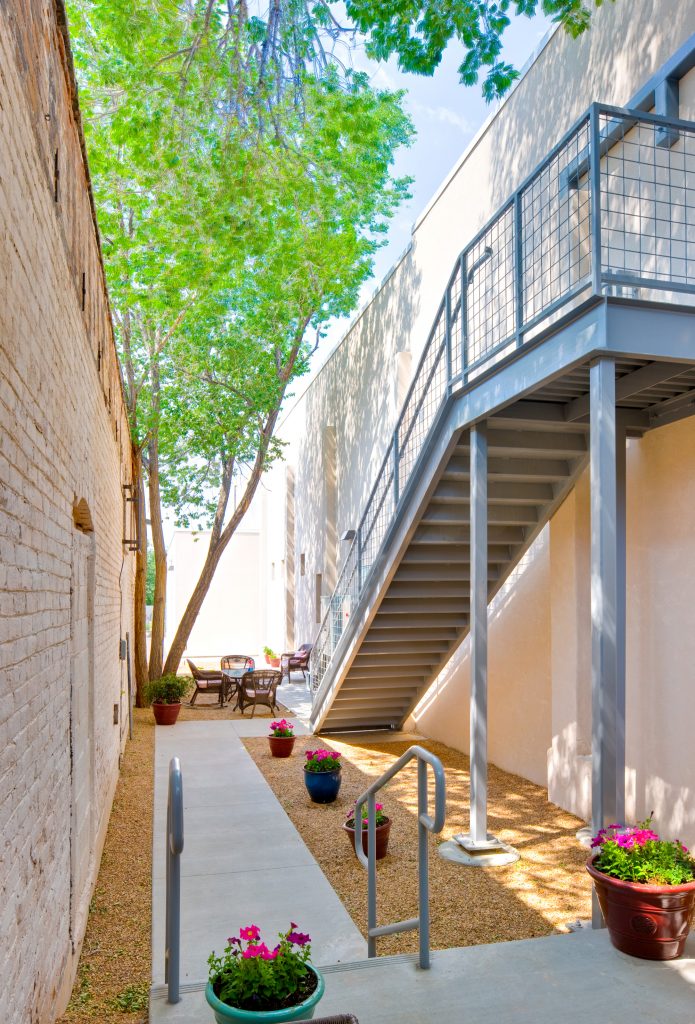 The Sandia Theater, built in 1946 along famed Route 66, attracted movie-going crowds in its heyday. But by the 1960’s the building had been converted into an auto mechanic’s shop, and subsequently sat empty for years before it was purchased by the Owner of the Aveda Institute, a cosmetology school. The building was ready for a makeover.

The new owner wanted to highlight as much of the theater’s original charisma as possible while creating a state-of-the-art teaching and service facility. Flexible classrooms; large, open styling floor; manicure, pedicure and make-up area; treatment rooms; administrative offices, as well as a retail hub are housed within. The theater’s original projection booth on the mezzanine was expanded to create dramatic classrooms overlooking the styling stations on the first floor. The long narrow side yard was groomed to become private space for patrons of the spa.

An upbeat interior adds to the school’s energy and creativity, and the exterior facelift adds vibrancy to a once-neglected stretch of Route 66.