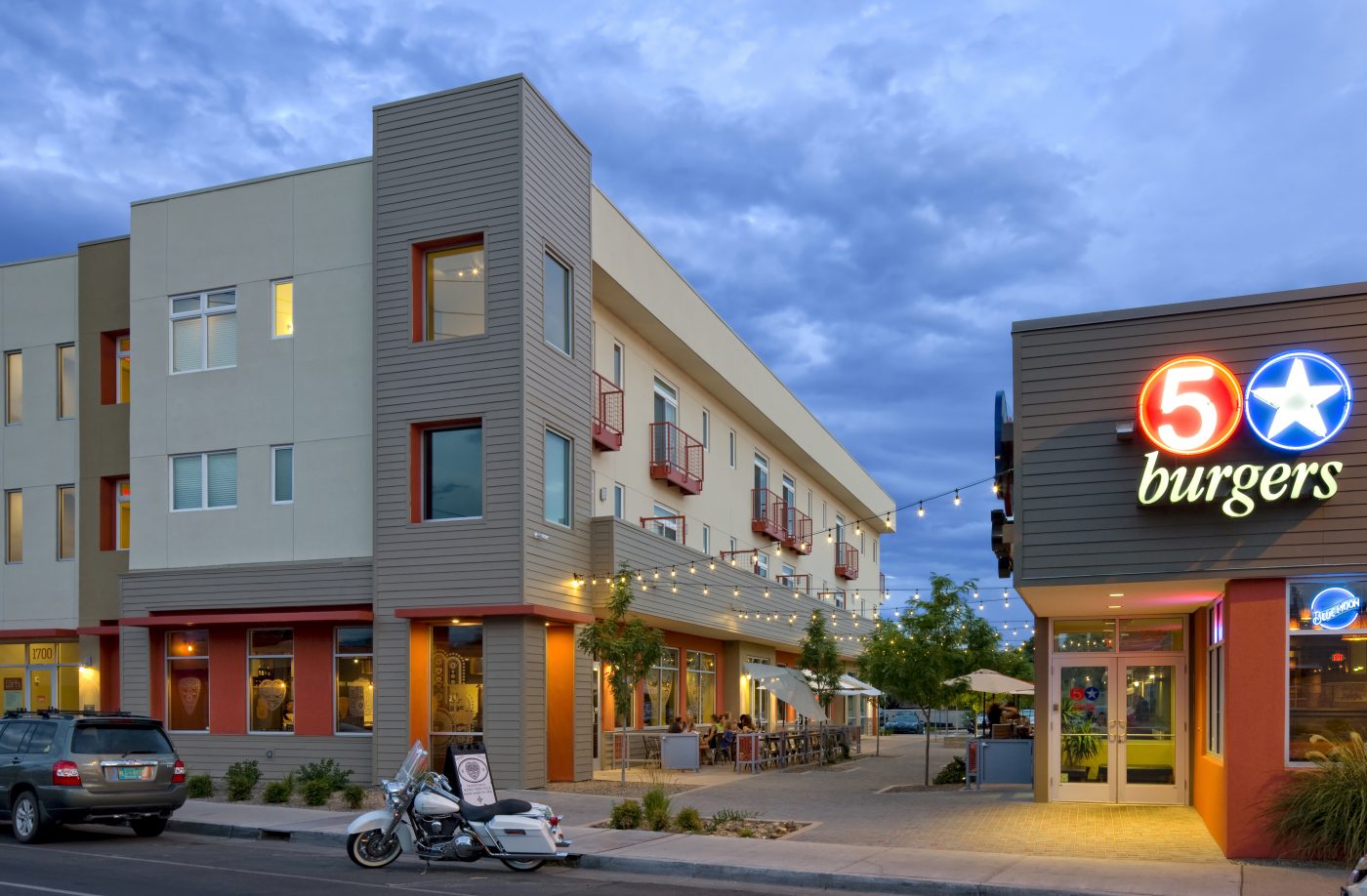 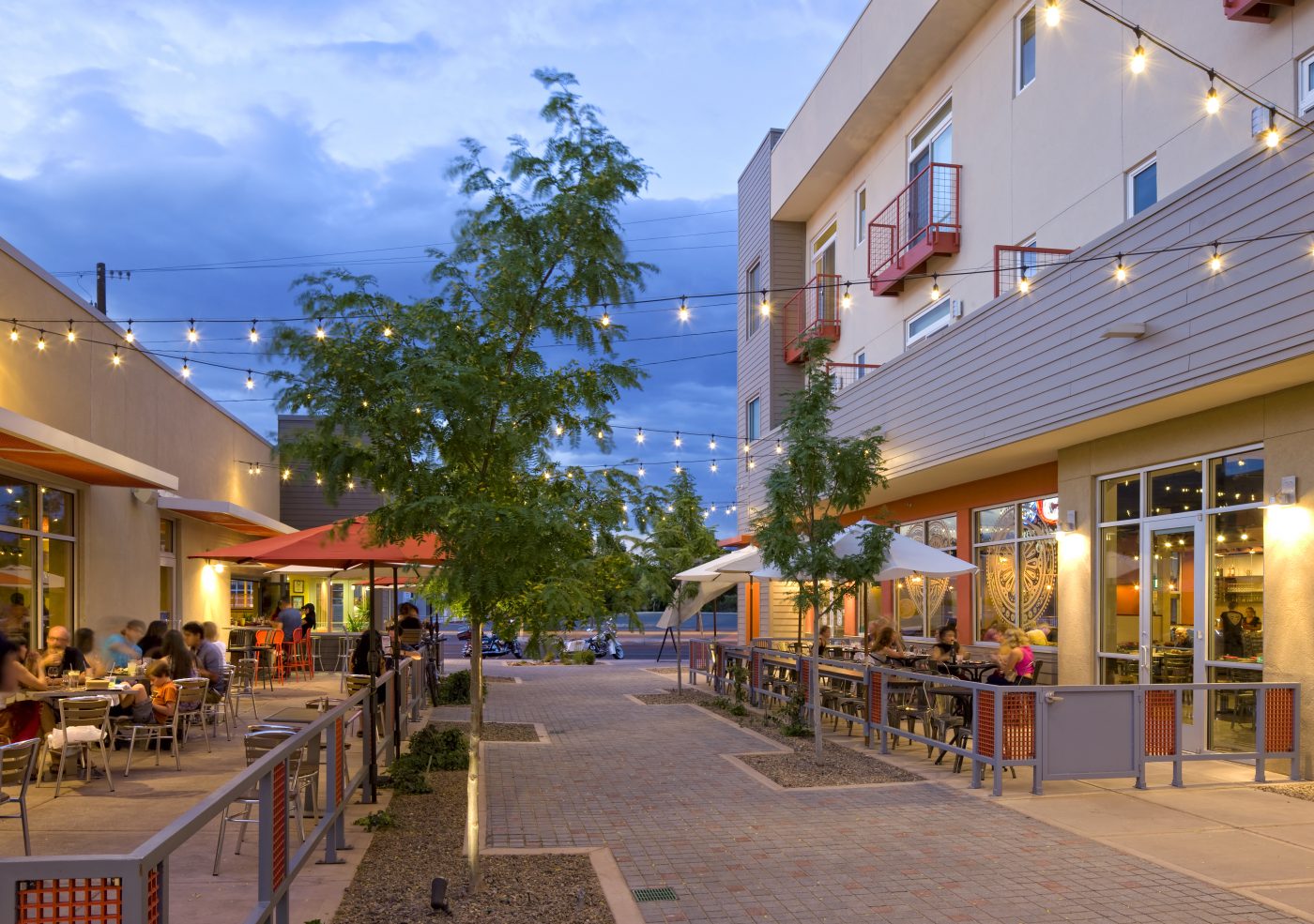 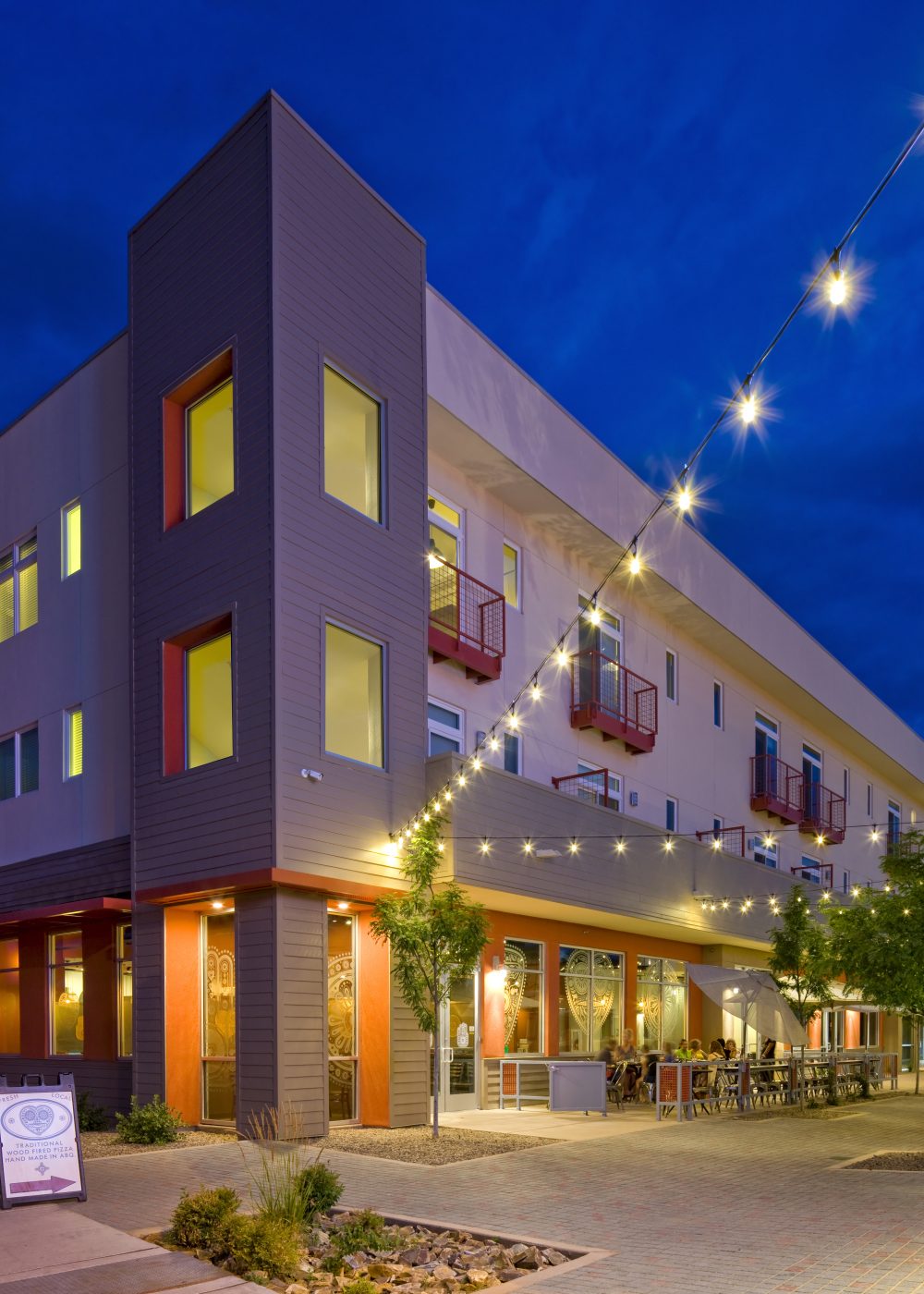 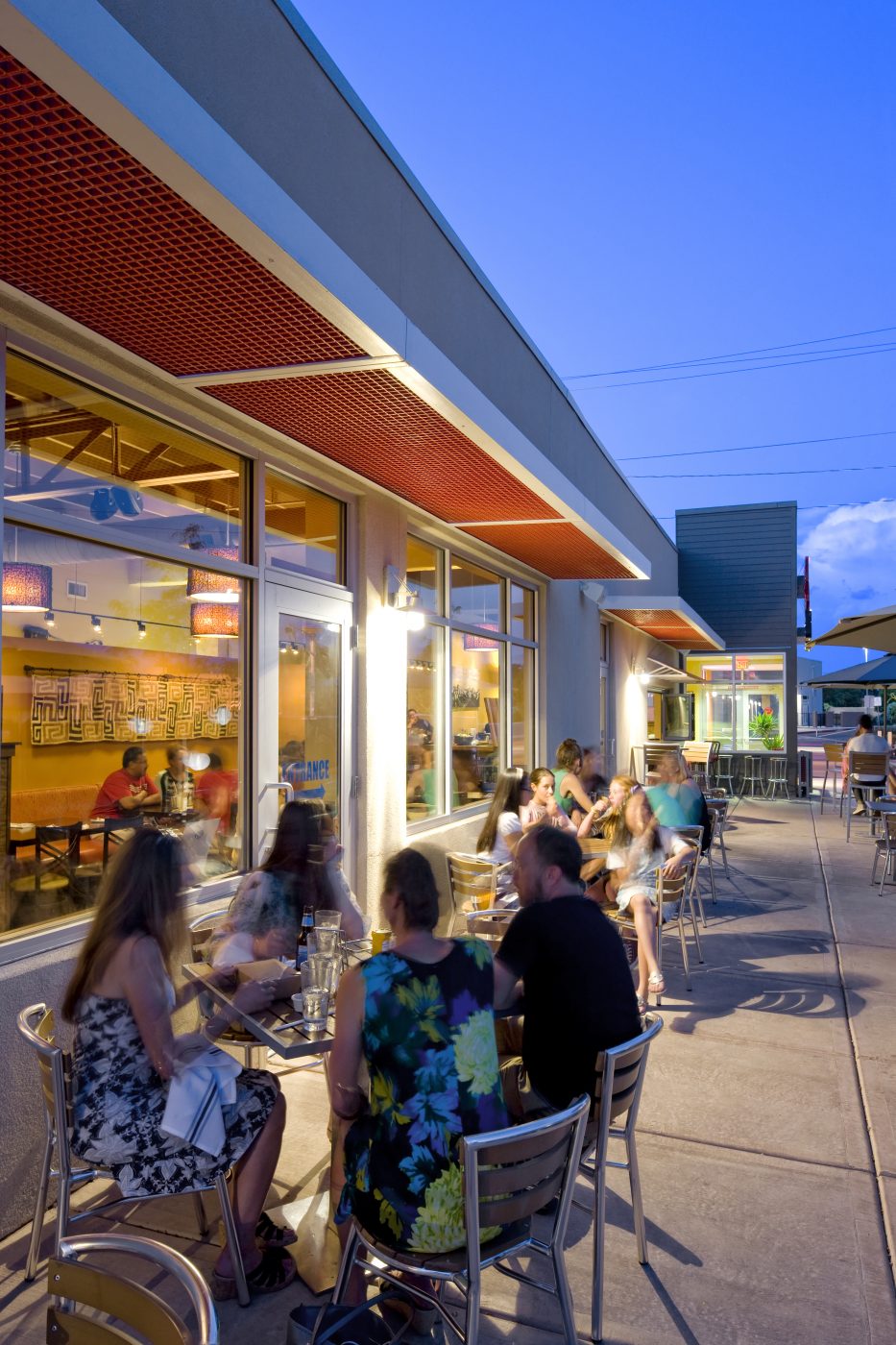 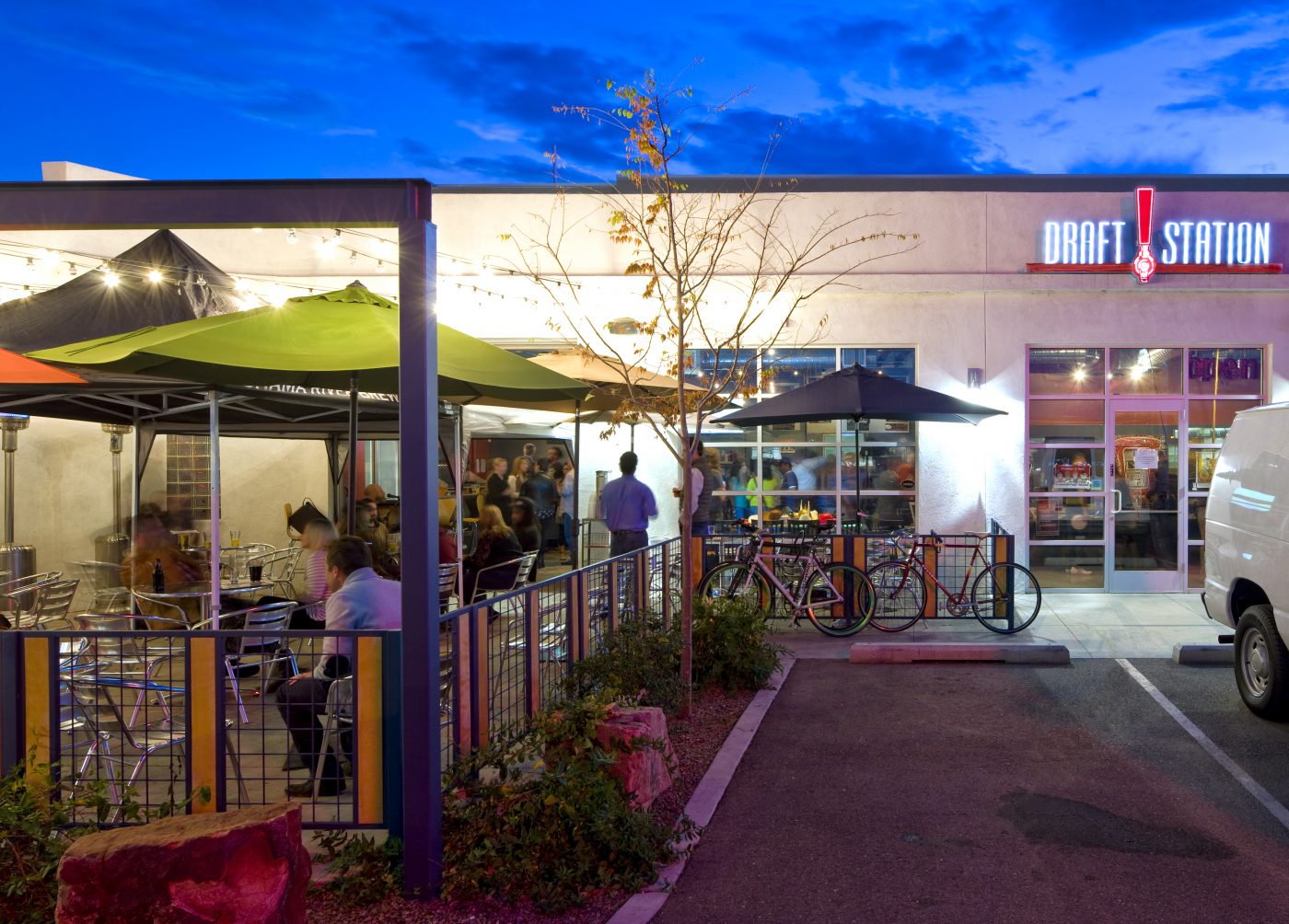 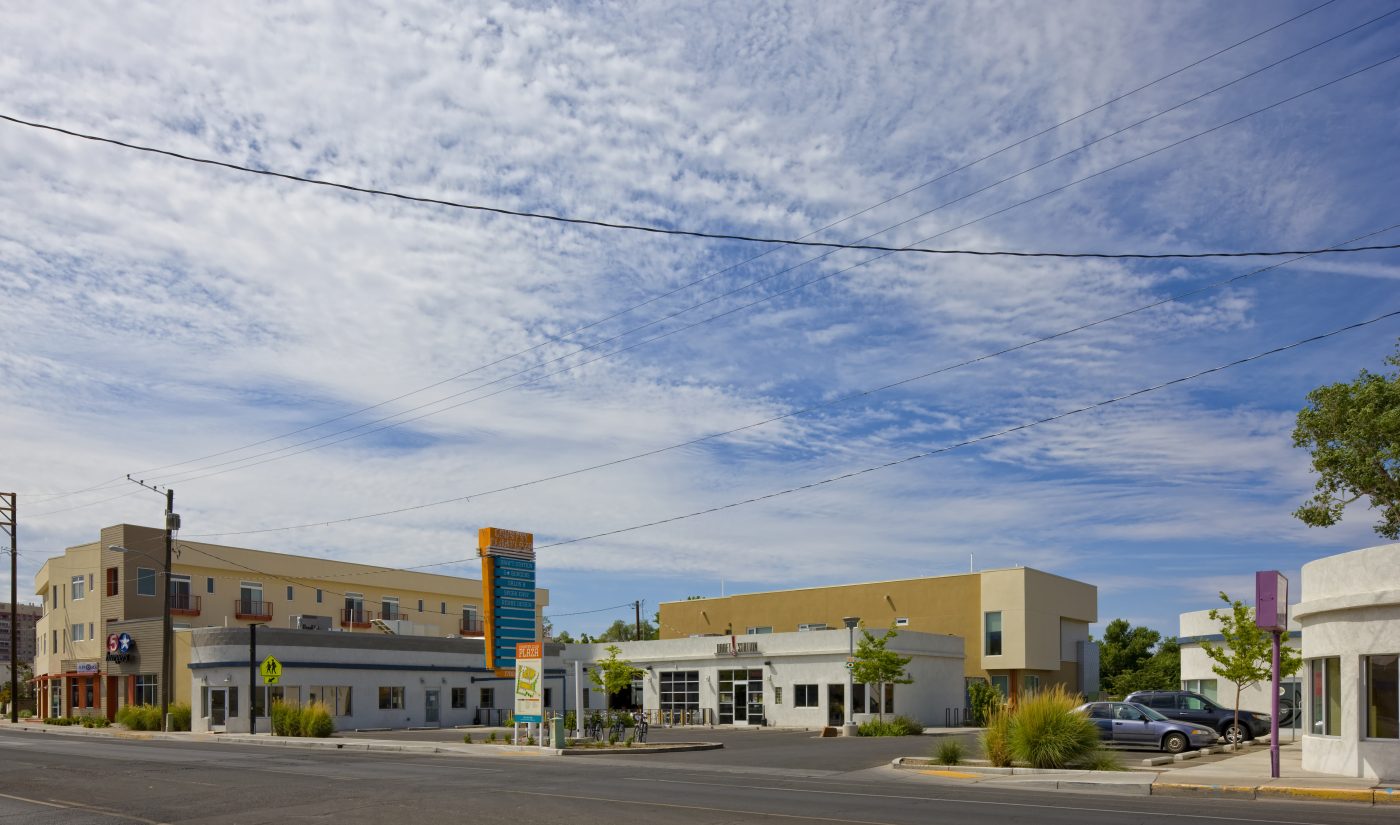 Along Route 66, a gas station, auto body shop and motel built during the heyday of the Mother Road had long been underutilized and fallen into disrepair. The site had a colorful history and was ripe for a bright future. Three existing buildings were restored and renovated, and three new complementary buildings were added – a combination of old and new produced a dynamic mixed-use development called Country Club Plaza.

Country Club Plaza, is a three-acre urban community that embodies the zeitgeist of 21st century mixed use developments. Restaurants, offices, work-out spaces and residences open onto landscaped courtyards and shared walkways. The drive lanes and parking surround the buildings, so as to create synergy between all occupants without vehicular interruption.

Set between Albuquerque’s downtown and its 17th century Old Town, the first floor elements are scaled to fit into the fabric of the streetscape. Pedestrians, bicyclists as well as those using the new electric-powered bus find the development attractive and a great spot to meet friends.